(Fort McMurray, AB)  Girls Inc. of Northern Alberta and Syncrude are proud to announce the fifth nominee for the Women of Inspiration series.

Nicole Bourque-Bouchier is the co-owner of The Bouchier Group, and has been an avid businesswoman in the Wood Buffalo region for many years. She’s held positions in stakeholder and aboriginal relations in the oil sands sector, and has proven herself to be a very successful entrepreneur with her current company which consists of heavy equipment contracting, site services, and an elite charter service. 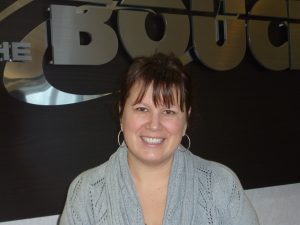 Bourque-Bouchier has paved the way for future businesswomen in  the Wood Buffalo region in the oil sands sector. As the leader of a male dominated company, she grew the business from a tiny staff of five people and just ten pieces of equipment, to it’s current size of more than five hundred staff members and more than two hundred pieces of equipment. It’s through her example that she’s proven how strong and valuable women are in the workforce.

She is also passionate about giving back to the community; having served on the Athabasca University Board of Governors and currently on the Keyano College Board of Governors. Bourque-Bouchier is the only female Past-President of the Northeastern Alberta Aboriginal Business Association and was instrumental in helping NAABA build strong relationships with senior levels of industry in Wood Buffalo.

She also spearheaded a banquet for NAABA’s Women in Business to celebrate what aboriginal female entrepreneurs in the region have accomplished.

While Bourque-Bouchier has been quick to give up her time to the organizations she so deeply cares about, she has also been there for financial support. A great example of this was her community investment of a zamboni for the Fort McKay First Nation’s arena.

Girls Inc. of Northern Alberta and Syncrude will honour Bourque-Bouchier and eleven other nominees at the Women of Inspiration Gala which will take place in May 2013.