Reaching SMART bridges Western and Indigenous science, technology, engineering and math (STEM) knowledge through storytelling and hands-on activities. Through outreaching-based 1-day workshops (virtual and in person), the program inspires and empowers girls ages 6 to 14 to explore career interests in STEM fields, while connecting girls to land and culture through the harmonized lens of Indigenous and Western STEM.

Building on our flagship program Operation SMART, Reaching SMART was launched in 2020 to facilitate pop-up workshops for girls in remote/underserved communities so that they could gain access to STEM-based learning opportunities that they would otherwise be unable to due to various existing barriers.

Early education and critical thinking enhancement are critical to the holistic development of girls. By learning about the importance of harmonizing Western knowledge and land-based knowledge and the potential that this reconciliation approach can have on our future, our girls can become agents of change and lead a more diverse, equitable & inclusive society in the future.

The program includes kit delivery containing science experiment materials, instructions, worksheets and infographics to provide inclusive learning opportunities for those who may not have a stable internet connection or technology resources.

“My favourite parts were when we made cool things from the kits we got! Loved it.”

Why is a program that bridges Western and Indigenous STEM for girls important?

While more girls are attending school than before, girls are significantly under-represented in STEM subjects. Over the past 30 years in the United States and Canada, women have vastly increased their proportion of bachelor’s, master’s, and doctoral degrees earned in STEM fields. At the same time, however, substantial gaps remain. In the 2015-16 academic year, over half of all university students in Canada were women, yet women accounted for less than 40% of all students enrolled in STEM programs. Of greater concern is the fact that gains in education have not translated into equality in the workplace. Women still represent approximately one in five faculty members employed in computer science, mathematics, engineering, and the physical sciences collectively. Among Canadian-educated workers aged 25 to 34, 54% of women with a bachelor’s degree in computer and information sciences worked in science and technology occupations, compared with 74% of men. source

According to a 2017 Statistics Canada report, only 15% of female university students in Canada were enrolled in STEM degree programs in 2015-2016.

Further, science educators have often taught science from the perspective of only Western science. When taken in the context of Canadian history, this
is not surprising given that under the Indian Act education was the tool of assimilation policies designed to alienate Indigenous Peoples from their cultures, traditions, and identities.

Reaching SMART brings about STEM learning opportunities for girls in Wood Buffalo's under-served communities who do not otherwise have the option to participate in this type of program when they take place in the Urban Service Area. 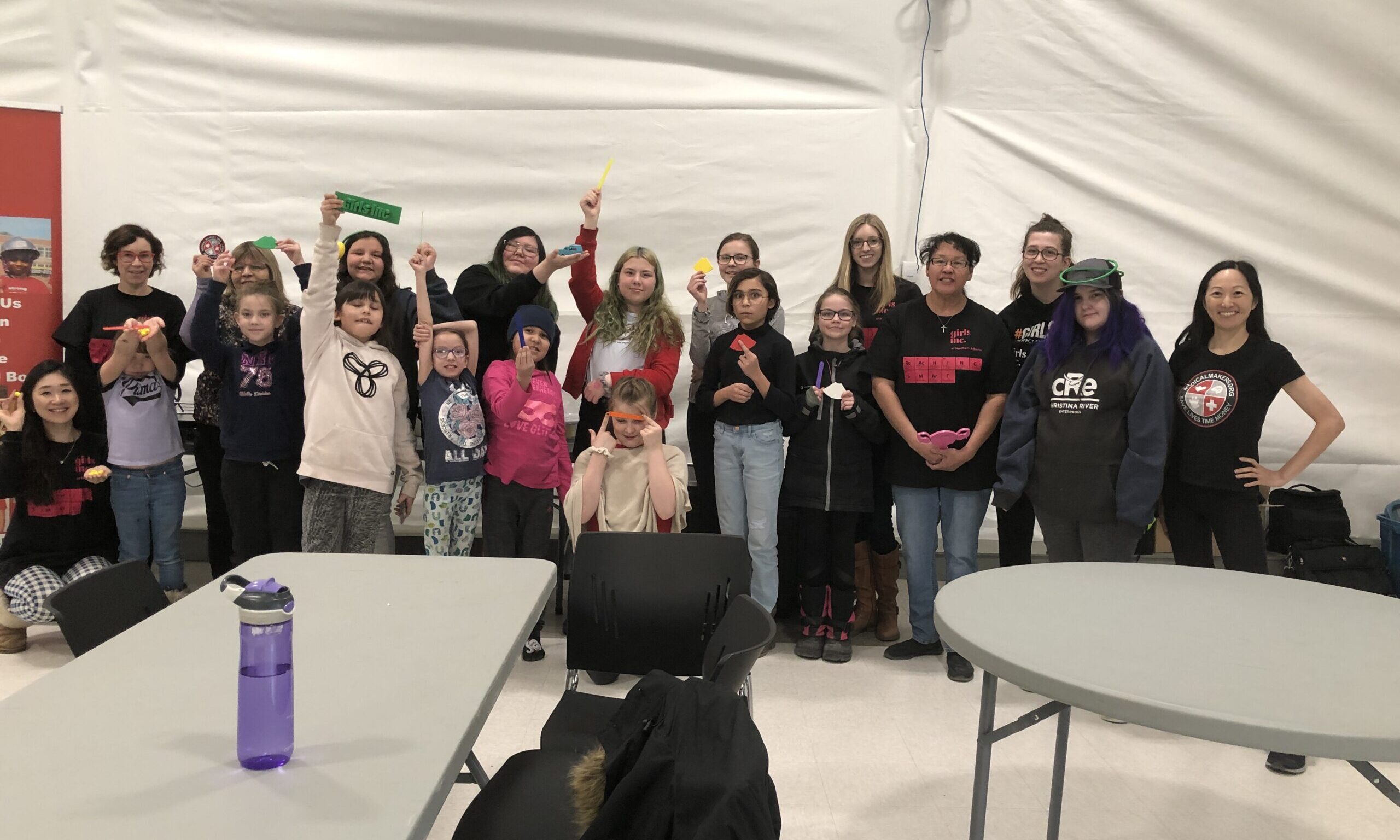