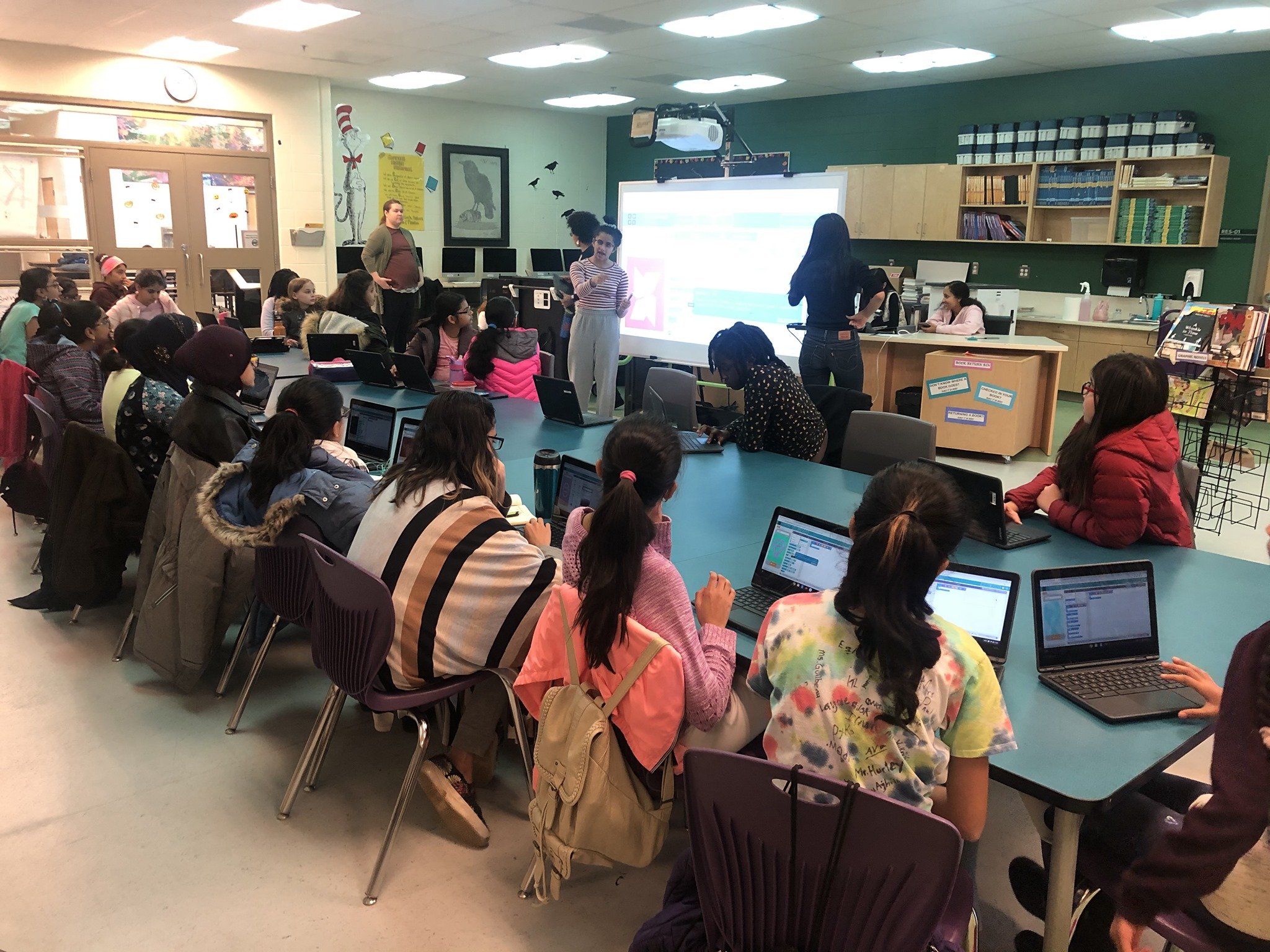 A group of girls from Westwood Community High School are navigating the science world their own way and including the younger generation with them.

Queens in Code (QIC) is a student led organization in Fort McMurray that is working toward encouraging and integrating girls in the STEM (Science, Technology, Engineering and Math) field at a younger age.

“We started QIC in hopes to bridge the gap between girls and STEM that applies to real-world careers,” said Aanal Trivedi, Co-President, QIC.

This powerful group attended one of Girls Inc. of Northern Alberta’s Operation S.M.A.R.T. sessions to teach a group of 30 girls between the ages of 9 and 11 all about coding.

It was a full circle event as many of the girls who make up Queens in Code participated in Operation S.M.A.R.T. when they were younger.

Over the three-hour lesson, the group learned about loops, computational thinking and game design concepts.

The girls were introduced to scratch/ python game programming. They created their own codes and watched how the computer followed their commands.

“Our weekly lesson based classes, are organized to teach coding in both Python and Java, in addition to monthly classes based on activities that apply the skills learned,” added Trivedi.

“We hope to expand this opportunity to all girls in Fort McMurray.”

Girls Inc. is lucky to have these young women as role models for their programming.